On 6th April 2015, George Osborne announced that “no one will have to buy an annuity” came into law, and the current version of pension freedoms was born.

We’ve had four years now for Lamborghini dealers to fill their boots, but what has happened?

There have been some surveys carried out by providers and by the regulator, and these have pointed towards a couple of trends.

Before considering the survey results, it is worth looking back at the investment returns pension freedom investors have experienced since April 2015.

Returns from the UK stock market have been extremely variable in each of the tax years since then, as the table below shows:

It is surprising to see that UK stock market investors have only experienced strong returns in one tax year since pension freedoms, but less surprising to see how important and stable dividends have been as a component of returns.

Pension freedom investors have also had the pleasure of the unusual stock market conditions of the 2017 calendar year when prices rose by 9%, and dividends added another 4%, while volatility was at its lowest in living memory.

Sadly, investors were reminded of normal stock market behaviour in 2018!

So what trends have emerged?

Investors are Eating into their Drawdown Funds

According to a recent survey by the large SIPP company, AJ Bell, average drawdowns over the last year were running at around 4.7% of the value of pension funds.

If we add charges to these drawdowns, we can conclude that over 6% is being withdrawn from the average pension pot every year.

This had reduced from a year ago when the figure was over 8%.

An analysis of the past has shown that, in the UK, an initial withdrawal rate of around 3% is sustainable throughout a 30-year retirement, if the initial withdrawals increase in line with inflation every year.

If you don’t increase the withdrawals with inflation, withdrawals of almost 5% are sustainable.

The high level of withdrawals does not, however, mean that investors are acting recklessly.

Only around 40% of the AJ Bell investors surveyed said that they were reliant on their drawdown fund for day to day living expenses, or to pay down debt.

So, most drawdown investors have been using their funds to pay for discretionary items, like holidays and entertainment, or to help their children. It’s pretty sensible to be spending money in this way in early retirement.

Half of AJ Bell’s investors had reduced their withdrawals in response to falls in the value of their pension funds.

Again, this shows that investors have been taking a sensible approach to the management of their pensions, and have been able to reduce the amount they withdraw when markets have fallen.

In all likelihood, they have taken money from elsewhere to fund their discretionary spending following market falls.

So, while investors have been eating into their funds, it seems likely that they have been doing this for a good reason, and it demonstrates that people can be trusted to use their drawdown funds sensibly.

A Large Proportion of Drawdown Funds are made up of Cash

This has been troubling the FCA recently, and they’ve been egged on by investment managers.

But if we look at UK stock market returns since pension freedoms, we may find one of the answers as to why so much drawdown money is in cash.

In the first year of pension freedoms, investors would have lost around 8% of their funds in stock market losses and annual charges (and initial charges would have added to this). And in the calendar year 2018, another 10% would have been lost for the same reason.

OK, tax year 2016/17 was exceptionally positive, but the negative sentiment towards stockmarkets over the last year will probably have encouraged investors to hold cash.

In the long run, it makes sense to have a good deal of exposure to higher risk assets, like shares and property. But when you are withdrawing money from a pension (or any investment portfolio), a high level of exposure to cash and other lower risk assets is essential, as it enables you to avoid selling investments at the wrong time.

The FCA thinks that investors should be taking a more risky approach, but it doesn’t seem to have looked into why people are investing in drawdown in the first place, so its concern is mostly misplaced.

Investment managers don’t like cash. They don’t make any money out of managing cash, so they are bound not to like it when people put money on deposit.

But they are also genuinely awful at managing cash – in recent years, most cash and money market funds have lost money, while investors have been able to get a reasonable amount of interest by doing a simple internet search.

So, it’s no surprise that AJ Bell found that 14% of its customers were taking money out of their pension to save it in a bank account.

It is reasonable for people to use cash in their drawdown funds. Pension providers and the regulator need to help people to work out how much they should hold, and then help them to earn a decent rate of interest, rather than telling people that they are wrong to carry cash.

Pension Freedom has been popular since it was launched, giving people the ability to spend the money they have saved however they choose.

People remain rightly sceptical about annuities (https://icfp.co.uk/why-we-dont-always-like-annuities/). But it is probably too early to judge whether pension freedom has been a success.

The biggest threat to pension freedom is from the vested interests who don’t like the idea of people having control of their own money.

They would like politicians and the regulator to conclude that people are spending too much of their own money and that they can’t be trusted to invest it appropriately.

Our view is that retirement and pensions remain complex and most people will benefit from professional advice.

Pension freedoms give people the opportunity to make an informed choice about how to spend their retirement savings.

Investing for distinct and different needs

If you have money in a bank or building society account it is relatively easy to understand. Your cash is "safe" and at any point you should be able to withdraw exactly the amount you have placed on deposit.

Reserving will writing for solicitors

It was good to see proposals this week from the[...] 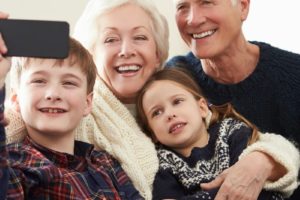 Grandparents are playing an increasingly important role in the education[...]