“It’s not fair” is a phrase you will know all too well if you have children or grandchildren!

But, whilst we might not say it out loud when we have grown up, it turns out that our sense of fairness affects the choices we make with our retirement savings.

Actuaries have long argued that annuities should be an important part of your retirement income, and that it makes sense to buy annuities with a large part of our retirement savings.

Yet, demand for annuities collapsed when people were given the option to avoid buying annuities with their pension pots, when pension freedoms were introduced in April 2015.

The basic deal with an annuity is that you swap your savings for a guaranteed income for life.

But, regardless of how long you live, the money used to buy the annuity is gone when you die.

Sure, there are some types of annuity which give some money back when you die, but choosing this option reduces the amount of income you get during your lifetime.

Now a US academic study (by Shu, Zeithammer and Payne) has uncovered why annuities are such an unpopular choice. Their study relates to US retirees, but the results ring true for the UK too.

What surprised the researchers was that many of the factors, which you might expect to influence whether someone might want to choose an annuity, were insignificant.

Some people (regulators, some politicians, and, surprise, surprise, annuity companies) think that certain types of people should be forced to buy annuities with their savings, and this research might make uncomfortable reading for them.

The research confirms that…

… if you don’t have much income…. you probably don’t want to swap your savings for an annuity

… if you are in poor health… you probably don’t want to swap your savings for an annuity.

… if you are risk averse… you probably don’t want to swap your savings for an annuity.

You get my gist!

And it doesn’t matter whether you are male or female, or how old you are. You still probably don’t want to swap your savings for an annuity.

The research found that the thing that would determine whether you might buy an annuity is whether you think that they are fair.

So, if you are the sort of person that thinks it is unfair if a shop to put up the price of umbrellas when it is raining, you’ll probably like annuities even less than the next person.

How do you feel about holidays being more expensive when schools are closed?

Our sense of fairness is brought into sharp focus when we think about annuities. After all, it’s not like we can complain about the unfairness once the annuity payments stop!

And there are other reasons why annuities are unpopular:

• It seems like we have to live forever to get our money back (about 18 years for a 65 year old man).

• You don’t have to take much risk or do anything clever to beat an annuity. After all if you don’t bother taking any advice, and invest in an average pension, you should still be able to start of withdrawing 2.7% per year of your retirement savings, increase the amount every year by inflation but run virtually no risk of running out money for a thirty year retirement. But if you buy an annuity on the same basis, your starting annuity rate is just 2.1%.

• Annuities don’t remove risk altogether. You still run the risk that your personal outgoings will go up faster than RPI and that a future government might increase the amount of tax they take off you.

• Unlike many other investments, it’s impossible to find out how much the annuity company is taking out of your savings in charges.

So, it seems pretty unlikely that people will start voluntarily swapping their retirement savings for an annuity income any time soon.

Annuity rates need to improve dramatically, at least so there is an incentive to give up your retirement savings, and we need some innovation (so that people who receive annuities can protect against other risks, like tax rises).

But even then, people will only start to buy annuities if they are seen as fair.

Clearer information about how much companies are making from annuities might help with this. But politicians should remember that people will resent being forced to do something they see as unfair.

The opposite of an annuity is a whole of life insurance policy. You pay premiums to an insurance company, and when you die, they pay out a lump sum (regardless of when you die).

The total amount of premiums paid would be less than the £100,000 payout, as long as he didn’t live until he was 106! And average life expectancy is 21 years for a 65 year old man.

What is odd is that you could use an annuity to fund the life insurance premiums, and the cost of the annuity would be less than the amount of the guaranteed payout on death. 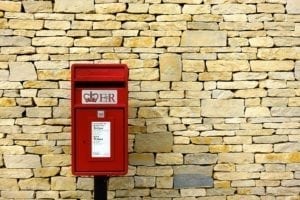 The International Monetary Fund (IMF) has said that the Bank[...]