What Does Retirement Actually Mean?

I’ve always been interested in the origin of words and phrases.

“Going pear-shaped” was originally a description of a poorly executed loop the loop by a pilot.

And “Bob’s your uncle” refers to the appointment of Arthur Balfour as Minister for Ireland in 1887, by his uncle, Lord Salisbury.

“Retirement” originates from the French, meaning “to withdraw to a place of safety or seclusion”; we still use this version of the word nowadays when we retire to bed.

But many of our clients seem to do the opposite of withdrawing to safety when they retire. I’m reminded of the 90-year-old who went gliding on her birthday!

We have been using the meaning “to leave an occupation” for around five centuries now, but the word has become increasingly confusing in the last couple of decades.

Pension companies still refer to “normal” retirement ages as if nothing has changed in the last twenty years.

Back in the last century, employers were able to insist that we retired at a particular age, which usually coincided with the state pension age (there used to be just two state pension ages – one for men and one for women).

Now, we tell our employers when we want to stop work, there are a huge number of state pension ages, and we can start drawing our company and personal pensions at any age after 55.

Added to that, for many people, retirement has become a gradual process.

One of my friends told me at the weekend that he was going to retire in the summer. I asked him what he was going to do and he told me that he planned to work for four or five months a year (doing something a lot less stressful).

It’s not unusual, particularly for business owners, to spend several years retiring. My Dad only completely stopped work at the start of this year, at the age of 88!

The increase in the number of private landlords has also blurred the lines between retirement and work.

Whilst it might not be a full-time job to let out one or two properties, there is work to do – rents need to be collected, bills paid, maintenance carried out and new tenants found from time to time.

So, perhaps we need some new words to describe some of the modern concepts of retirement:

• Not working as much as I used to, but not intending to stop completely for a few years yet

• Drawing down my state pension or some other pension, but still working

• Drawing an income from an investment, like a property, which requires some input from me

• Not working at all and living off pensions and investments (i.e. what we used to call retirement)

In the age of longevity, is it time for “retirement” to retire? 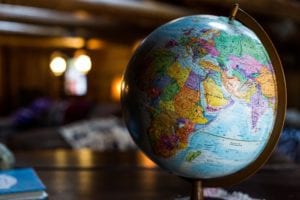 The best (and worst countries) for retirement

If you’ve been following my blog posts, you’ll be aware[...]

We started the week in a workshop designed to review[...]