Living life to the full

Mark and Liz Hiller live in Reigate, Surrey and have been clients of Informed Choice for 4 years. I went to meet with them at their home and over a cup of tea asked them to tell me about themselves.

Mark started by outlining his career. “I suppose I have been a little bit lucky in my working life. I started as an Apprentice with BT in the telecoms sector and used to work in the City, or in and around the City which was really great. This was in the 1980’s and it was a very different place then. People seemed to have a lot of money and were not afraid of going out and spending it!

My parents lived in Brixton and that is where I was brought up. They were a hard-working, working class family. Part of the reason I consider myself lucky is I look back at what they had to do and see how fortunate I have been. My dad instilled a good work ethic into me and my sisters, he worked quite hard and I guess that’s where we got it from.

After BT I went to work for Ericsson who were looking for project managers at a time when BT were downsizing. There was about a quarter of a million people in BT at the time and they were cutting costs whilst at the same time modernising the network. This was in the early 90’s and I knew then of people who were in their early 50’s and retiring. I remember at that time thinking wow, that’s amazing but also thinking quite clearly that this was never going to happen to me. 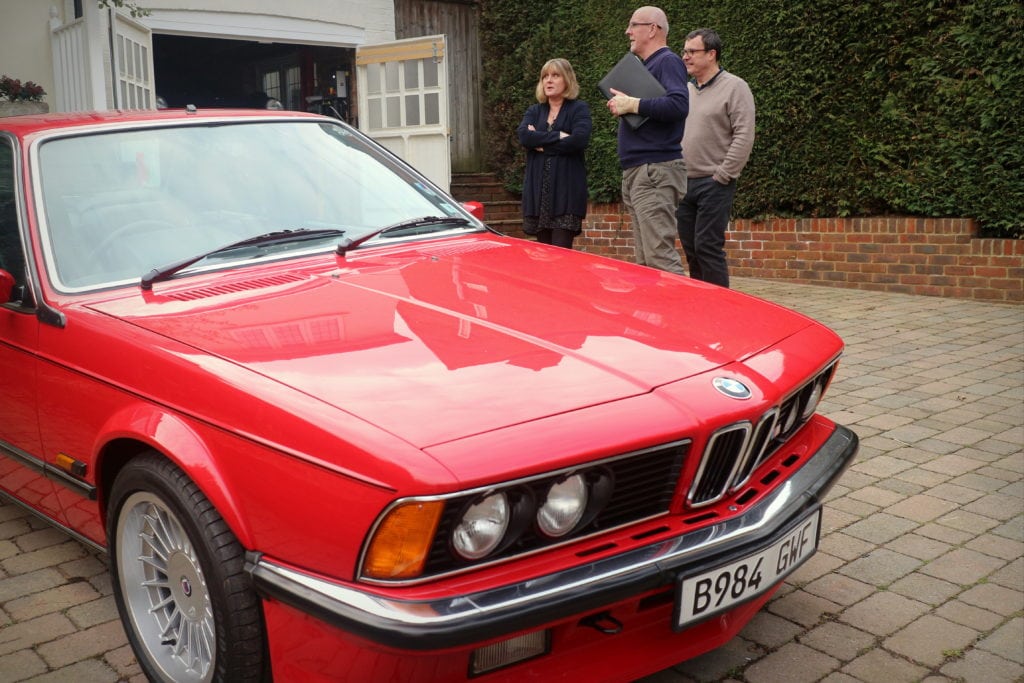 But my career seemed to be going nowhere, I had become a manager at quite a young age and so even when I joined Ericsson I was still quite young. This was when mobile telecommunications was just taking off. I recall that there were 800,000 subscribers, as they were then known, to Mercury Communications. We used to have conversations at that time thinking can you imagine one day there may be as many as a million people with mobile phones.

I like the fact that my kids have got the same work ethic from me. As soon as they were old enough they went out and got themselves Saturday jobs. We were quite clear with them and told them if you want to get on in life you have to carve your own way. We support them but I don’t think we “over support” them. I think it’s important that they land on their own two feet.

We have given them an education and that’s all the investing you can do for your children. George and Ben are both at University. George at Canterbury doing IT and Ben in West London doing music. Daughter Madeline is still at school locally.

I comment to Mark that there are probably a million people in the country now with more than one mobile phone!

Mark, continues even things like “text messaging” was being spoken about and that took years before it came to fruition. We couldn’t quite get our head around why people would be text messaging when they could speak to a person using their mobile phones. Of course we know now that as soon as it was launched it took off!

We spent hours talking about these things wondering if anyone would ever use them. Even smart phones we would be asking ourselves why would anyone ever want one?! Again I think I am quite fortunate that I got into the technology side of the mobile phone when it was in its infancy. It is though a very different environment now, really quite difficult.

A lot has changed for me in the last six months. I have moved on from being a Strategy manager at Ericsson after being there for the best part of 23 years. I had reached a stage which had never happened to me before. I have always enjoyed what I have done work wise and suddenly I had reached a point where I wasn’t enjoying it at all.

A lot of the technology advance had meant that we were pushing many jobs abroad as many as 40,000 jobs into low labour cost areas of the world such as India and China. As part of my role at Ericsson was driving out the costs, after three or four years of doing that it becomes, well, quite gritty shall I say.

I think of myself as a people person, I really like people, and a lot of my work had been people management but all this change meant that I ended up doing senior roles but without the people and I really missed that. 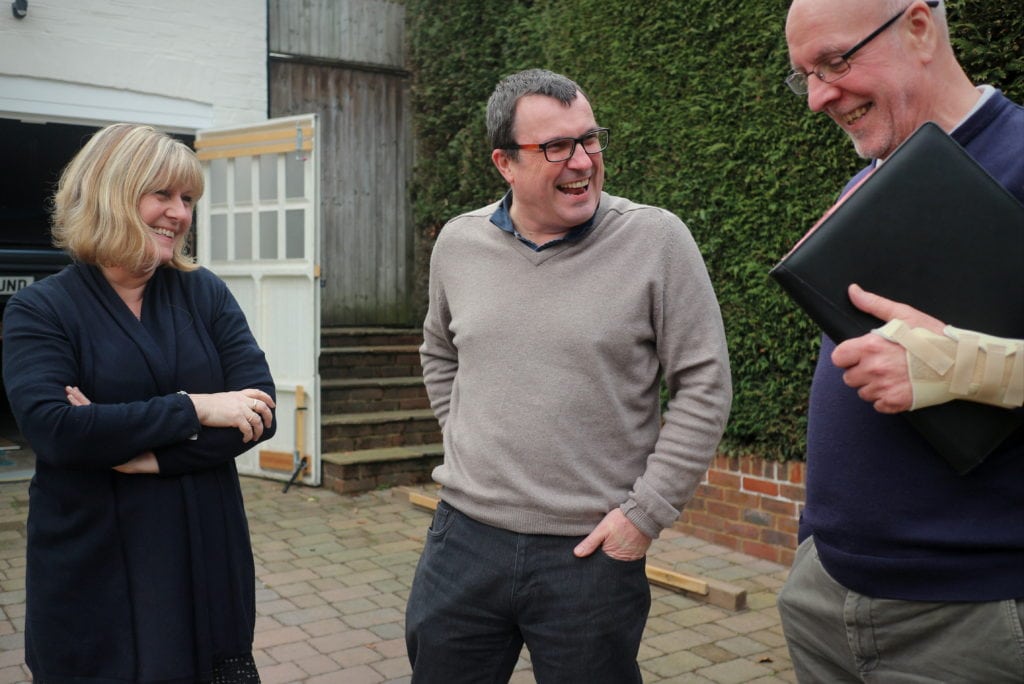 I felt locked into my role until age 65 because that was the retirement age in my pension scheme. I used to sit there thinking I am not going to make it to 65! The earliest was going to be age 60 because of the way the pension scheme worked. I do take an interest in the way finances work and investigating what my options were.

There was a lot of change going on with pensions and I could see an opportunity. About a year before I met Shelley (Shelley McCarthy, Financial Planning Director at Informed Choice), I had enquired about the transfer value of my pension benefits. It was big number but it didn’t work, in terms of allowing me to retire early, I thought I would just have to go on working. So there I was not happy at work but thinking I had to carry on working.

I decided I needed a financial adviser, someone who could help me work things out. Searching on the internet I came across Informed Choice and liked the fact that you were a small firm not a faceless organisation. Speaking with Shelley I then realised what could be done. She went through the financial planning process with me and reinforced what I wanted to know. A key question she asked me was “What was it that I wanted my finances to-do for me?”

We got some up to date valuations for my BT and Ericsson pensions and to be honest when I spoke with Shelley I thought she had got the numbers wrong, I asked her to read then to me again! They had risen by such a huge amount.

We crunched all the numbers and Shelley said something along the lines of “Well you can pretty much retire now if you really want to!”

So last September Mark retired and left Ericsson but the story doesn’t end there.
It lasted around three weeks because I realised I’m not the type of person that can sit around and not do anything! And you can blame Martin for this because I was listening to one of his Informed Choice Radio podcasts which was about the fact that you should do something in your retirement. I think that put me into a bit of a panic after 3-4 months of fixing the house, I was thinking what am I going to do?!

I got talking to a lifelong friend and at the time his brother was basically wanting to step away from their business. It was bit coincidental but to cut a long-story short I set up my own company and bought the intellectual property rights and assets of the old company. So together with my friend we are now directors of a company that installs bespoke sauna and steam rooms into people’s homes. I am having an amazing time because I am having to learn to do so many different things and of course doing it with a friend.

Liz joins us for the meeting arriving home from her part-time job at a local school working with 9-10 year olds who need extra help. Liz tells us some of the stories about the way the children behave which I suspect is quite normal for most teachers, it probably helps them keep their sanity!

Liz used to be a bookkeeper so unsurprisingly Mark did ask her to help him understand the way Sage works. Liz is open to helping him but very sensibly expects him to pay her if she does!

She likes gardening and arts and crafts but she feels she doesn’t do as much as she wants to. If I didn’t work I would do a lot more of this.

In addition she likes art and comments that her feelings towards art is the same as Mark’s towards cars. She also enjoys going to music concerts and has friends that she does that with. It’s not Mark’s thing and she says he would rather sit in a pub!

We move on to talk about their passion for cars and hear they both go to summer car shows together. Mark says that they have a car for everyday of the week and we are invited to take a look at some of them. The garage cleverly has a ramp that allows two cars to be stored one above the other.

A BMW M6 and a Porsche 930 Turbo both straight out of the 1980’s. As Mark puts it, you can’t go wrong with German engineering. They reminisce that growing up they wouldn’t have been able to afford these, but now of course they can.

Throughout our meeting we have been entertained by two very friendly Labradoodles, Poppy and Pebbles, both of whom appear to think that they should have been the subject of the interview!

You come away from meeting Mark & Liz feeling that these are two people living their lives to the full. I think their view of retirement would be quite different to many people.

This article first appeared in the March 2018 edition of Informed, our client magazine. 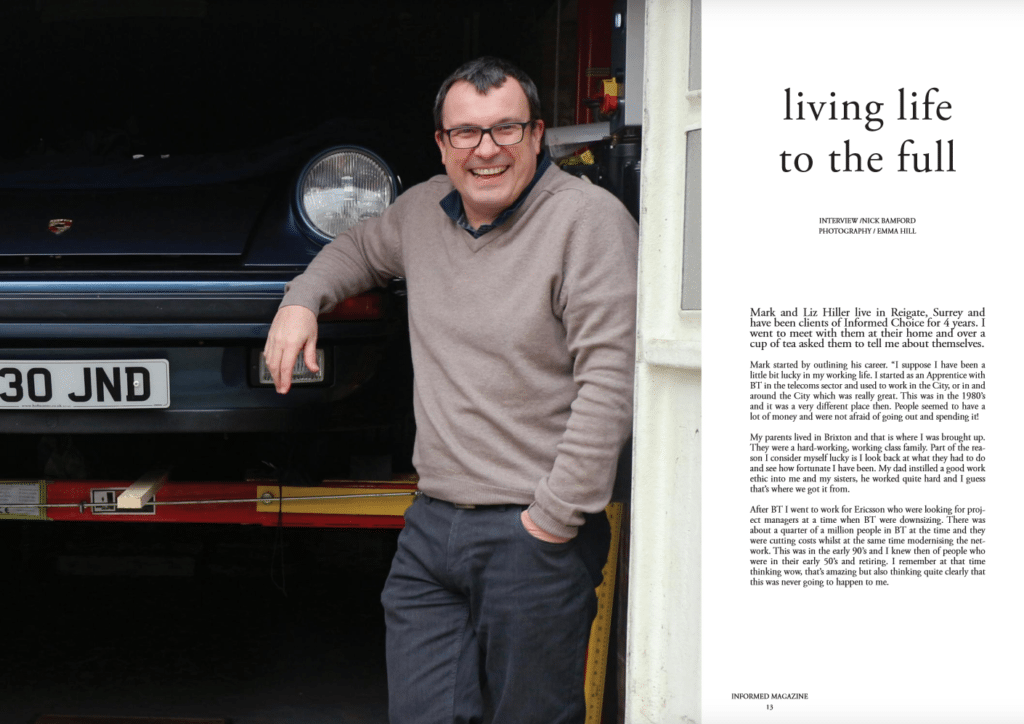