Interest rates have been kept on hold at the record low of 0.5% for an 11th consecutive month today.

More importantly, the Bank of England has decided not to use further Quantitative Easing (QE) to stimulate the UK economy. We were told last week that the Bank has spent the entire £200bn allocated for QE.

“While we may initially see some indigestion in the Gilt market following today’s decision to pause quantitative easing, there is still enough capacity in the private sector for future government bond issues.

“I am not overly pessimistic on the outlook for Gilts as, on top of normal buying activity, there is a lot of cash sitting on the sidelines, particularly in Asia, that could find a home in government bonds. In addition, banks are likely to be big buyers of Gilts going forward as a result of higher liquidity requirements.

“This latest decision reinforces my expectations that we will experience a slow growth, low inflation environment going forward.

“Interest rates have again been held at 0.5% and I expect them to remain at low levels for some time to come. While further inflation rises could cause the MPC to look at rates, any increase would make the cost of servicing the UK’s high debt levels more expensive and potentially place an economic recovery in jeopardy.”

With anaemic 0.1% GDP growth for the final quarter of 2009, the UK economy has technically left recession and entered recovery. The money already spent on QE should continue to stimulate growth for a little while yet, even if no new money is spent in this way.

Price inflation might rise again, staying above the 2% Government target, yet this is likely to be a short-term spike rather than a sustained long term increase. 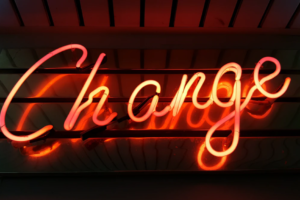 Should I be making investment changes right now?

Sometimes it can be hard to do nothing, mainly when[...]

It's September and the children are back to school. For[...]

The government has decided not to allow early access to pension funds, after 'limited evidence' was found supporting the measure.