Who pays for financial services compensation?

I had a pleasure of being a guest on BBC Radio 4 Money Box with Paul Lewis at lunchtime today.

Finishing off my duties as Run Director at Cranleigh parkrun, I hopped in the car for the short drive to Guildford where the BBC have a contribution studio at the University of Surrey.

After connecting to the studio, chatting to the producer and then with Paul to discuss the segment, I was able to listen to the programme before going live on air as the final guest.

The topic of conversation with the funding of the Financial Services Compensation Scheme (FSCS).

Also in the hot seat for this conversation was FSCS chief executive Mark Neale.

It was good to chat about this subject on national radio because, about a week ago, Informed Choice received its annual regulatory fee invoice from the Financial Conduct Authority.

As usual, the majority of the invoice this year was in respect of the FSCS levy; paying towards the compensation costs of the customers of failed financial services firms.

The arrival of this latest invoice prompted me to look back through our previous invoices. I calculated that, during the past three years, we’ve paid over five times more towards the cost of compensation for customers of failed firms than we have towards the direct cost of regulation.

Despite years of this happening, the good guys (firms like Informed Choice providing consistently suitable advice) are still bailing out the customers of the bad guys (typically those flogging unregulated investment schemes before going bust due to the volume of complaints and claims they face).

It’s particularly galling because there is duplication (actually, triplication!) of consumer protection in our profession.

In addition to the FSCS levy, each year we pay a sizable amount for our professional indemnity insurance premium. We’re also required by the FCA to hold large amounts of capital reserves, which theoretically become available to support our clients should the worst happen.

And the capital reserves that all regulated financial advisers are required to hold tend to get spent by the business before it falls in liquidation and the welcoming arms of the industry-funded FSCS.

So rather than being a compensation scheme of last resort, it seems the FSCS has become the bail out scheme of first resort.

This creates moral hazard; if investors know they will be compensated for the failure of high risk advice or investments, where is their motivation to stick to dull, boring investments?

This might be an unfair characterisation of many investors who benefit from FSCS payouts when their adviser firm goes down the swanny. There are many, probably the majority, who didn’t consciously choose to end up in a South American teak forest plantation fund within their SIPP.

As things stand, FSCS funding (as well as being an indicator of failed regulation) is proving costly to our clients. Yes, the fees come out of our bank account, but they result in higher fees charged to our clients, in order to cover this and other regulatory expenses.

FSCS funding is currently under review, with a consulatation closing on 1st August. One of the proposals within this consultation is to get product providers to pay a quarter of FSCS funding for intermediation compensation classes. The trouble with this idea is, product providers don’t have a magic money tree either; that money still comes from their customers.

Rather than rearranging the deck chairs on the Titanic, what’s needed, and needed urgently, is some serious reform and also regulatory intervention to stop claims falling on the FSCS in the first place.

We need to see the pensions cold calling ban introduced ASAP. For some reason, understood only by politicians, this perfectly sensible proposal is now being subjected to a second ‘technical’ consultation, delaying its implementation until the Autumn at the earliest.

It would be good to see this cold calling ban extended to investments too; legitimate financial advisers don’t use cold calling as a way to find prospective clients. Making it illegal would send a very strong message to consumers who should hang up if a financial type calls them out of the blue.

I would also dearly love to see all unregulated investments banned in two respects; as things that can be recommended by UK registered financial advisers, and as assets that can be held within UK regulated product wrappers.

By taking these dodgy funds out of the scope of FSCS compensation, and publicising the fact, it would dramatically reduce the calls on the FSCS to compensate customers. Deal with those who tout these unregulated investments through the courts and prison system instead.

You can listen to my appearance on Money Box at https://www.bbc.co.uk/programmes/b0bbml6x; scroll forward to 17:37 to hear the segment about FSCS funding.

What do you think? Where’s the balance between consumer protection, effective regulation and keeping the costs of this compensation scheme as low as possible?

“We are doing fine. Let’s get divorced!!”

It has been mentioned before that divorce rates tend to[...] 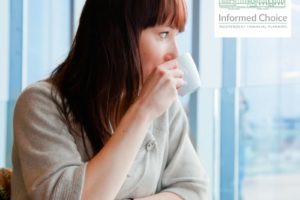 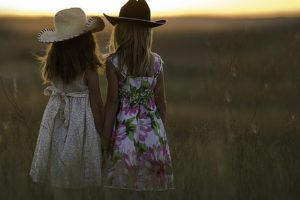 Do you trust your children to pass on an inheritance?

Financial planning across different generations can pose some tricky challenges,[...]