Value of money changes over 90 year life of the Queen 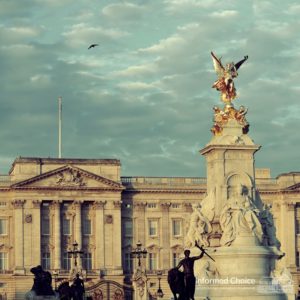 With Her Majesty The Queen’s 90th birthday celebrations in full flow on Sunday – and crowds of well wishers in good spirits despite the rain – it was interesting to see how the value of money has changed during her 90 year life.

Lloyds Bank Private Banking have released some interesting figures which demonstrate the impact of inflation during a royal lifetime.

Since the Queen was born in 1926, the value of money has fallen by a staggering 98%.

They found that a fifty-six fold increase in retail prices means that someone today would need £55.7 million to have the equivalent purchasing power of £1 million in 1926.

“The value of money has fallen substantially since the birth of Queen Elizabeth in 1926 as retail prices and the cost of many everyday items has soared.

“It is interesting that despite the ups and downs in the stock market, the FTSE All Share Index has outpaced cash over this period.

“For many people, where appropriate, investing some of their money in the market and getting a wider exposure to the UK economy can help grow the value of their money ahead of inflation.”

On average, the buying power of the pound during the past 90 years has been eroded at an average rate of 4.6% a year.

By the time the Queen celebrated her tenth birthday in 1936, retail prices had fallen by 14% in her lifetime. This was the only period where there was a sustained rise in the value of money.

Since the 1920s and 1930s, there has been significant erosion in the value of the pound.

Rationing introduced during the Second World War, combined with a general shortage of many goods, drove retail price inflation.

Prices were up by 69% in the decade to 1946 and by a similar amount over the following ten years.

Retail prices grew most rapidly between 1966 and 1976 with an average annual increase of 10% per year.

Much of this growth was fuelled by the OPEC oil price hikes in 1973 and a rise in the nominal wage increase.

The lowest increase in price inflation was experienced between 1996 and 2006 with an annual rise of 2.6%.

In the past decade retail prices have grown at an average of 2.8% per year.

Looking at the cost of everyday items during the past 90 years, there are some interesting figures.

Despite this rapid rise in prices during the past 90 years, the FTSE All Share Index has grown even faster, delivering for investors a seventy-five fold increase during the period.

By way of comparison, £100,000 deposited in a cash savings account would have earned a saver £2.075m in interest income over the past 90 years.