We are pleased to announce that Informed Choice managing director and chartered financial planner Martin Bamford has been shortlisted for two prestigious awards.

The unbiased.co.uk Media Awards celebrates excellence from the advisers and journalists who use unbiased.co.uk’s Bluebook, a directory of financial advisers who contribute to the press.

As part of his role at Informed Choice, Martin is responsible for generating over 250 items of press coverage for the firm each year, speaking to journalists on a daily basis and writing numerous articles about Financial Planning.

The unbiased.co.uk awards evening in London on 12th February 2014 rewards the important work advisers and journalists carry out to promote the value of advice in the local, national, online and broadcast media.

Martin is no stranger to these awards, having won in several categories including Best IFA Individual in 2011.

We wish Martin the best of luck in two very competitive categories and will bring news of the winners in February.

Nick and Martin sat down at Sundial House yesterday morning[...]

Are you still paying trail commission? 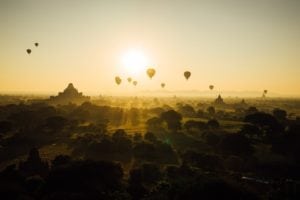 Price inflation is in the news again today, with the[...]