Some thoughts on Crowdfunding

The Independent ran an interesting article this weekend about the merits and risks associated with ‘crowdfunding’.

It described three different forms of crowdfunding; donation (such as Kickstarter), debt (including Zopa) and equity (Seedrs is a popular platform here).

I’m a big fan of the crowdfunding model.

I’ve been using the peer-to-peer lending network Zopa for over a year now, to obtain a higher rate of interest on some of my cash savings than I can obtain from any High Street bank or building society account.

More recently I’ve dabbled with the donation based crowdfunding model through Kickstarter.

I’ve backed a project to make a documentary about Zoë Romano who is currently running the route of the Tour de France.

If successful, which I have no doubt she will be, Zoë will be the first person in history to run rather than cycle that route.

I decided to back the project and filmmaker Alexander Kreher because I love running and it’s a documentary I would really like to watch.

In return for a donation of about £25, I’m getting regular updates about the project and will receive a digital download of the film once it is released, plus a movie poster.

As they rightly point out in The Independent article, donation and debt crowdfunding models are not regulated.

Unlike getting independent financial advice or investing in a retail investment product, there is no regulation of these models by the Financial Conduct Authority, no compensation protection from the Financial Services Compensation Scheme and no complaints procedure with the Financial Ombudsman Service.

But the social nature of these enterprises should prevent that from happening.

With the donation based model, I would only back projects which are run by people with a good reputation.

In backing Zoe Goes Running, I checked that the documentary maker had an established track record, knew exactly what he needed to raise and on what he would be spending the cash.

With Kickstarter, you pledge a donation but that money does not leave your bank account until and unless the project creator reaches his or her funding target. This adds a certain degree of protection to the process.

And of course it makes sense to only donate money you can afford to ‘lose’ and back only projects in which you take a personal interest.

Worst case scenario for this first project I’ve backed on Kickstarter is the documentary is never made and I don’t receive the items I’ve been promised.

With the debt and equity based crowdfunding models, the risks seem greater.

Lending money to a portfolio of borrowers through Zopa is riskier than keeping my savings in the bank, where up to £85,000 is protected by the Financial Services Compensation Scheme should my chosen bank default.

If one or more of the borrowers through Zopa decide to default, I lose money, and this is reflected in a lower interest rate.

For this reason, I only ‘save’ money through Zopa I am prepared to expose to a level of risk closer to investment than savings risk.

To date, none of my borrowers have defaulted and I’ve had nearly half of my original capital returned, plus a healthy rate of interest at just over 7.6% gross.

I’m yet to dabble with the equity version of crowfunding, although I would love to give this a try in the future.

What has your experience been of crowdfunding? Are the risks clear enough for the typical consumer or do you think additional regulation is needed?

Is this a SIPP?

A client asked me this question after I had suggested[...] 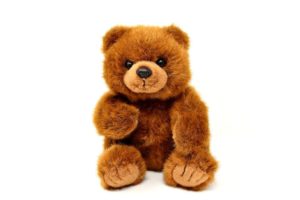 It's often said that our role as Financial Planners is[...] 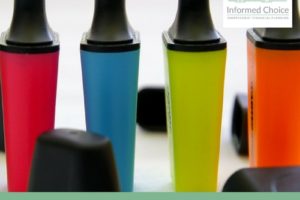 Paying more to live near a top school

The debate about selective education is hotting up, with prime[...]