The Rise of the Nonagenarians

This week, the Office for National Statistics reported on the ageing population in the UK.

-Around three-quarters of aged 90 years and over are aged under 95 years.

-There are twice as many females as males aged 90 years and over, but there has been an increase in the proportion of men in this age group, with male life expectancy increasing at a faster rate. 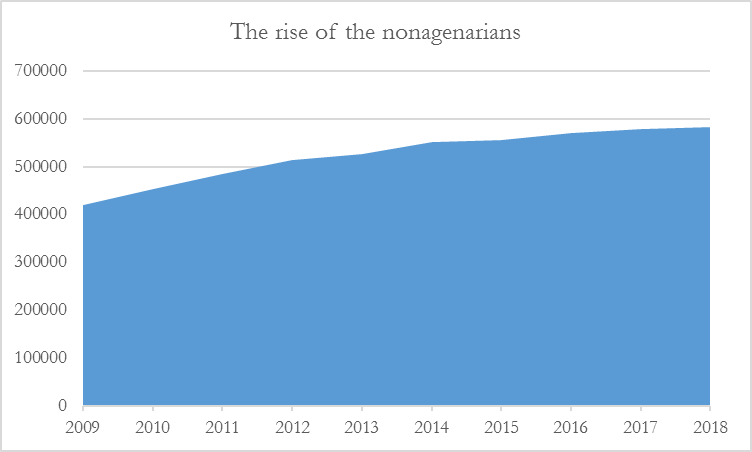 Amazingly, the First World War is still having an impact – the decrease in centenarians is attributed to the low number of births during the Great War.

The baby boom following the return of the troops from World War One (45.4% more babies were born across the UK between mid-1919 and mid-1920 than in the year before, and the birth rate remained unusually high until 2021) is expected to result in future rises in the number of centenarians in future years.

The rise of the nonagenarians can be attributed to the medical advances and improvements in public health over the 20th century; however, we might reasonably expect this trend to continue – after all, today’s nonagenarians pre-date the NHS, and lived much of their lives with no idea that cigarettes could be bad for them.

A rise in the numbers of people aged over 90 should be celebrated as a reflection of improvements in living standards and medicine in the UK.

Of course, the rise brings challenges with it too, and society is continuing to adjust to improvements in life expectancy.

It’s become essential to plan for a much longer retirement than your parents would have imagined to be possible, and retirement has developed into more than one life stage (with the three phases of retirement described as “Go-Go”, “Slow-Go” and “No-Go”).

Those of us who have yet to reach conventional retirement age will have to adopt a different approach to funding our lifestyles in older age.