The Briefing on Wednesday 25th July 2018

The Financial Conduct Authority has suggested that banks could be forced to pay their customers a minimum interest rate on their savings. The move aims to address concerns that if savers continue to stay with the same building society or bank for a long period of time, then it could mean they get poor returns for their money. On average, customers with their current accounts earned 0.82% less than customers who have opened an account more recently.

Efforts to encourage customers to switch have had limited impact and we remain concerned about the way firms are treating customers. 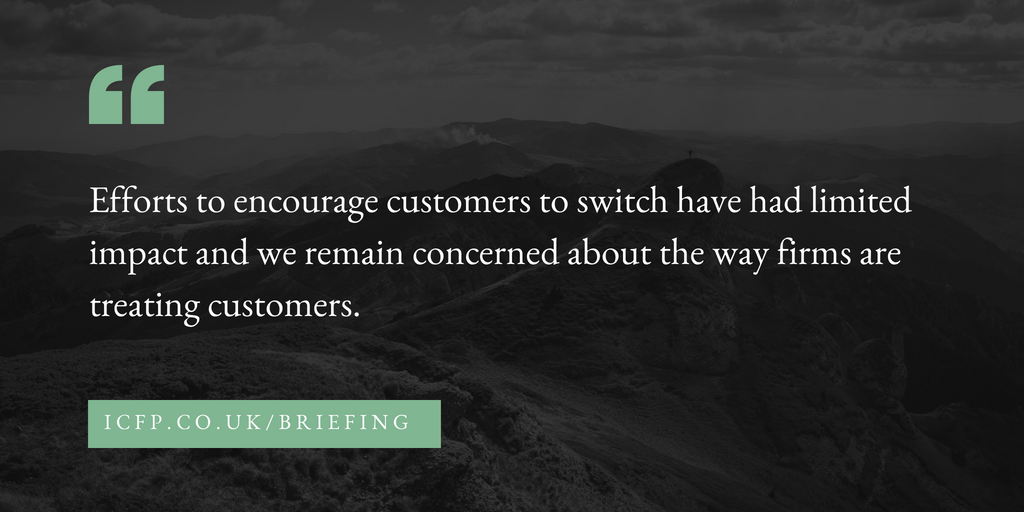 We are not expecting a big Brexodus in the first instance. But depending on how things pan out… in the longer term, we may see many more go.

The British government have disappointed the City due to ditching it option of future EU trade based on a mutual recognition, which Britain and the EU accept each other’s rules under two-way regulatory cooperation.

We had expected continued support for mutual recognition.

Currency firms are offering poor deals for holidaymakers with costly fees and noncompetitive foreign exchange rates. Britons that exchange money at the airport could lost almost 20% of their cash due to inferior currency rates. Most travelers take around £1,400 of foreign currency on holiday, and could save themselves around £175 if using a more competitive online service instead. Ordering online get you much better rates, with home delivery costing £5, and often waived on orders above £500.

Act before you go. Buying currency at the last minute means you are likely to face the worst exchange rate in the country.

For the first time since May, Bitcoin has broken above $8,000, following a quick turnaround in fortunes that have seen the cryptocurrency rise in value by more than 30% in a fortnight. Bitcoin’s latest price rise marks a month of steady resurgence, which followed bitcoin’s worst start to a year. Its latest price is still a long way off the highs of 2017, which saw it briefly reach nearly $20,000 a coin

This is an extremely exciting period for cryptocurrencies and blockchain technology with increased interest from Tier 1 banks and financial institutions.

New research by Royal London shows money worries are a top cause of nightmares as financial fears are creeping into sleeping hours.

Two in five people said money makes them anxious, which subconsciously can have a big impact. One of the most common types of dreams is teeth falling out. Teeth symbolise power and confidence, with financial concerns leading to nightmares about you losing them as you’re not in control.

Financial worries don’t just affect our waking hours, as our research shows they are creeping into our subconscious and giving us nightmares. Keeping on top of your finances can make you feel in control and ease your worries. Start with simple steps by keeping a spending diary and setting a budget which can help you towards getting your finances in order.