Academic studies have identified that the ‘safe withdrawal rate’ for a retirement portfolio in the UK is approximately 3%.

This means that an investor with a portfolio of £100,000 could withdraw £3,000 per year (and increase this in line with inflation), without running the risk of running out of money for 30 years.

Put it another way, a starting withdrawal of more than £3,000 means that the investor will run the risk of running out of money (or having to reduce or stop the withdrawals) at some point during their retirement.

For many people, this will seem like a particularly poor rate of income from the retirement savings they have worked hard to build up, but tax can reduce the withdrawal rate still further, as only 25% of a pension fund can be withdrawn, tax-free.

However, other academic research adds light to this shade.

Newer studies suggest that the safe withdrawal rate can be increased by around 2%, if a flexible spending pattern is adopted (in other words, you reduce your spending when the investments in your retirement portfolio perform badly).

A large number of those who have retired will have mortgage free properties and investment linked pensions.

Pension freedoms and automatic enrollment are likely to increase the number of people with investment linked pensions, and both were government initiatives.

Not everyone has the ability to adopt a flexible spending pattern, reducing their outgoings to reflect a reduced income following a period of poor performance from their retirement portfolio.

Council tax doesn’t reduce after a period of poor stock market performance, unfortunately, so, if your retirement savings are funding essential expenditure, it might not be possible to reduce the withdrawals you are making.

Your ability to adopt a flexible spending pattern isn’t just dependent on how much you have built up in retirement savings. It also depends on how your savings were built up.

If you worked in the public sector, it’s likely you will have a “final salary” pension like this, whereas if you were self-employed, you won’t.

Without the luxury of flexible spending, those with smaller pension funds are condemned to having lower withdrawal rates, and this makes the situation worse.

They could even feel obliged to buy an annuity, thus reducing their income further, in exchange for limited guarantees. Unless …

Unless, they are able to use their other asset (their home) to give them the luxury of a flexible spending approach from their retirement portfolio.

A low cost, flexible mortgage could provide the answer. The reverse mortgage is a common approach in the USA, with interest being tax deductible against income.

Unlike equity release loans, the US version can be repaid without penalty, in full or in part, at any time.

So, in a period of poor investment returns, the retiree can stop withdrawing money from their portfolio (or reduce the amount they withdraw), and draw down on their mortgage. Then, once investments have recovered, the retiree can repay the mortgage without penalty.

The advantage of this approach is that the retiree is able to adopt “flexible spending” rules and draw a higher amount every year from their portfolio throughout retirement than would otherwise be possible.

However, the UK mortgage market has failed to deliver an equivalent product, with equity release mortgages usually having large penalties for repayment and demanding a large amount of borrowing at outset. Interest rates also tend to be pretty high.

If the government were to open up this market, by lending money in this way, it would reduce the risk that people will become reliant upon state benefits in later life.

It also addresses the inherent unfairness in the world of investment linked pensions, which allows some people to enjoy a higher withdrawal rate than others, simply because of the types of pension they have built up in their working lives.

And, in a world where more and more of us will be relying on investments for income in retirement, it reduces the risk that spending in the economy will reduce after a stock market crash, thus reducing the potential for “boom and bust” in the future.

Could government intervention to open up the UK mortgage market be the solution to increasing safe withdrawal rates in retirement? Click To Tweet 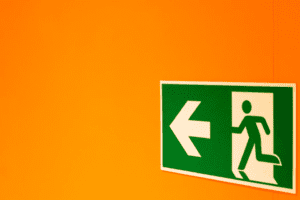 How much should you set aside for financial emergencies?

As a nation, our financial resilience has been put to[...]

Making the right investment choice is an important part of[...]

Informed Choice is proud to be lead sponsor for the[...]