This brings six consecutive quarters of recession to an end, the longest recession since records began in 1955. This news makes the UK the last major economy to enter recovery.

It is important to remember that this latest growth data is only a preliminary figure. It could still be revised downwards, and that would mean the UK remained in recession after all.

The anaemic growth in Q4 included a contribution from the government car scrappage scheme and consumer spending during the Christmas season, with the added incentive of a looming VAT rise. This could mean Q1 2010 economic growth is even less cheery.

It is interesting to note that the next set of GDP figures are due for publication only days before the likely date for the General Election.

The headlines might say that Britain has entered recession. The reality is a lot more complicated. And this story hasn’t ended yet.

The importance of diversification

We talk a lot about the importance of diversification and[...] 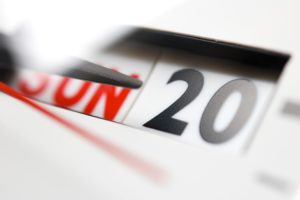 How frequently should you get paid in retirement?

Technology is disrupting everything, it seems, with every day bringing[...]

This morning I presented a live webcast on the subject[...]