An influential think tank is warning that the UK economy will enter recession in the first half of 2012.

The National Institute of Economic and Social Research has warned that recession will occur as a result of the cut back in household spending.

They forecast an economic contraction of 0.1% in 2012, with growth of 2.3% next year, assuming the eurozone sovereign debt crisis can be resolved in time.

These predications are slightly more pessimistic than official government forecasts, which predict modest economic growth in 2012 followed by stronger growth in 2013 and 2014.

Regardless of which forecasts you believe, a brief period of recession is looking increasingly likely following the publication of ONS data for the final quarter of last year, showing negative GDP growth.

Two consecutive periods of a contracting economy are the technical definition of a recession.

Assuming we are once again about to be blessed with a recession, what steps can households take to position their finances?

Fear of redundancy and unemployment, and its resulting loss of earnings, is clearly one of the most frightening aspects of any recession.

We expect the impact of any recession to be unequally distributed in 2012. Some sectors will perform poorly and others will do better, taking advantage of opportunities as they arise.

Understanding the unique risks as they apply to your employer is a good first step as you plan for a recession. How can you make your unique skills and experiences invaluable to your employer in tough economic times?

From a personal financial planning perspective, two of the most important steps are to cut short-term debt and boost emergency savings.

Unsecured debt, including credit cards and personal loans, are often the most expensive forms of borrowing. When recession strikes and jobs are lost, keeping up with debt repayments can be very difficult.

Every household should have an emergency fund of cash savings which will cover three to six months of committed expenditure. With a recession looming, this is a good time to consider increasing the size of your emergency fund.

Heading into a recession is also a good time to review your household budget and consider where savings can be made.

Making cuts to your expenditure at an early stage may not help the wider economy; it will free up more of your income to direct towards debt repayment and savings. 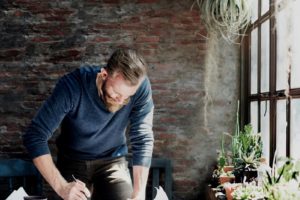 Podcast 083: What will happen when you retire?

Our manifesto for fair adviser charging

The aim of the Retail Distribution Review (RDR), which was[...]

Informed Choice chartered financial planner Martin Bamford comments on the UK support for the Irish bailout package and the possible motives for this support.