Pick up Your Litter

The weather has been great, and this morning it was 27 degrees and a clear blue sky.

I did my usual walk and, as I do two or three times per week, took my litter picker and bag.

It wasn’t too bad today; nothing like as bad as the pictures of Bournemouth beach after that had been trashed by a large number of uncaring people.

I just don’t get it. Surely everyone knows they are responsible for their own mess and how easy it is to take it away with you? Clearly not!

Talking of mess, I am also puzzled by the behaviour of some dog owners.

What possesses someone who has scooped up the mess made by their dog, carefully bagged it, to then leave it lying on the floor, or worse still, strung up in a bush?

Twice this morning I had to pick up the offending items. Come on Fido and Patch owners – have some social responsibility, scoop it and bin it!!

The other thing that amazed me today was the litter lying by a bench at the local football ground.

This is where I hope to start training my Under 10 players from September.

Under and around the bench were no fewer than 117 cigarette butts! I counted them as I picked them up.

Now bearing in mind I had cleared this very area only two days earlier, someone in our community has a bit of a nicotine addiction going on!

If they were a basic rate income taxpayer, that is the equivalent of £5,792.15 per year of gross income. That is a lot of money!!

I think the government message should be, Stay Alert, Pick up Your Litter, Keep it Clean.

HM Treasury has just announced some big changes to the pension contribution annual allowance and the lifetime allowance applied to pension funds. 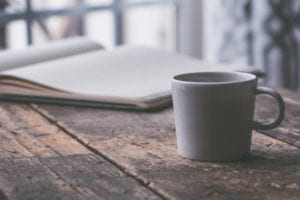 Are you an Informed Choice client?

Are you one of our clients here at Informed Choice?[...]