Shares in cafe chain Patisserie Valerie have been suspended following the discovery of “significant, potentially fraudulent, accounting irregularities”. According to the company, which is part owned by entrepreneur Luke Johnson, this discovery could result in a “potential material” mis-statement in its accounts. Other shareholders of Patisserie Valerie include Druckers, Philpotts, Baker & Spice and the Flour Power City Bakery. Finance Director Chris Mash has been suspended pending a full investigation, according to the company. The firm has more than 150 stores in the UK and also trades within some Sainsbury’s stores. Luke Johnson said:

We are all deeply concerned about this news and the potential impact on the business. We are determined to understand the full details of what has happened and will communicate these to investors and stakeholders as soon as possible. 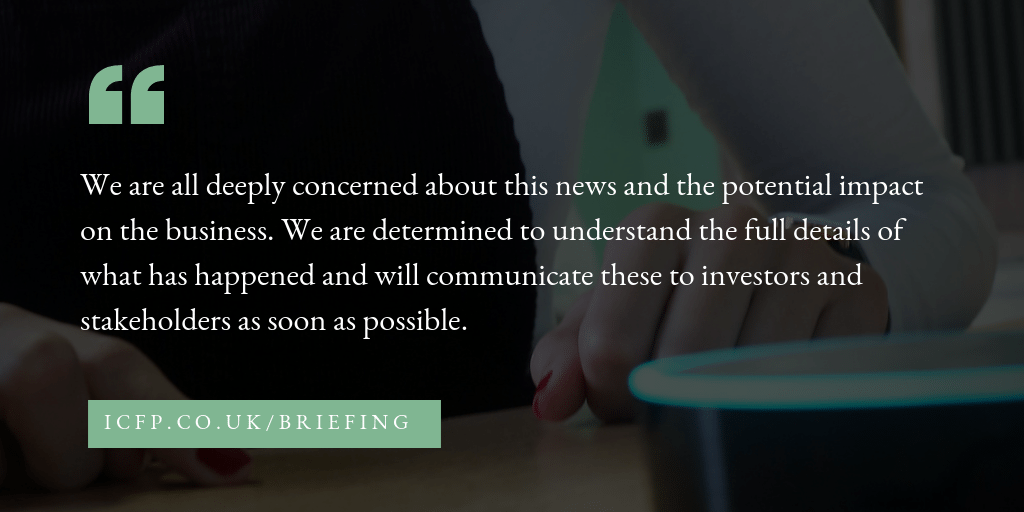 A merger between energy suppliers SSE and npower has been given final clearance by the Competition and Markets Authority. They clearance was announced following an in-depth review into the proposed merger. The CMA dismissed earlier concerns about the potential impact on prices and standard variable tariffs for customers of both firms. It said improved competition in the energy market with at least 70 firms competing for business made these concerns less important. According to the CMA, the two firms are not close rivals for default tariffs. Anne Lambert, who chaired the CMA’s inquiry group, said:

With many energy companies out there, people switching away from expensive standard variable tariffs will still have plenty of choice when they shop around after this merger.

But we know that the energy market still isn’t working well for many people who don’t switch, so we looked carefully at how the merger would affect SVT prices.

Following a thorough investigation and consultation, we are confident that SSE and npower are not close rivals for these customers and so the deal will not change how they set SVT prices.

Public finances in Britain remain among the weakest in the world following the 2008 global financial crisis. That’s according to a new assessment of government assets and liabilities carried out by the International Monetary Fund. The IMF said almost £1trn has been wiped off the value of the UK’s public sector since the financial crash. This is equivalent to 50% of GDP. It places the UK in the second weakest position globally, with only Portugal in a worse position. The IMF calculations are based on measures of wealth and stress tests which are similar to those applied regularly in the banking sector. According to the IMF, the bailout of UK banks and growth in the UK’s public sector pension liabilities were both to blame for the UK’s low ranking. The report said:

The United Kingdom balance sheet expanded massively during the crisis. Most of the expansion in the balance sheet was the result of large-scale financial sector rescue operations that resulted in reclassification of the rescued private banks into the public sector. [This] increased (non–central bank) public financial corporation liabilities from zero in 2007 to 189% of GDP in 2008, with similar [falls] in financial assets.

The Bank of England has issued a warning about a rapid growth in risky business lending. According to the Bank’s Financial Policy Committee, £31bn of loans have been made this year to companies which already have high levels of debt. The loans are packaged and re-sold on the global financial markets, in a move reminiscent of banking practices which sparked the 2008 global financial crisis. These so-called ‘leveraged loans’ to highly indebted business compare with £10bn of standard lending made by UK banks to these companies. The FPC also warned about risks to banks arising from a cliff-edge Brexit. The Financial Policy Committee said:

In the limited time remaining, it is not possible for companies on their own to mitigate fully the risks of disruption to cross-border financial services. The need for authorities to complete mitigating actions is now pressing.

Banking giant HSBC has reached a new £582m settlement with US regulators over its sale of mortgage-backed securities before the global financial crisis. The $765m settlement resolves claims made by US regulators that HSBC misled investors about the quality of the mortgage-backed securities. The sales took place between 2005 and 2007, resulting in big losses for investors, according to US prosecutors. HSBC did not admit or deny the claims, as is standard in such settlements. Patrick Burke, head of HSBC’s US business unit, said:

The US management team is focused on putting historical matters into the rear view mirror and completing the turn-around of HSBC’s US operations.