What do these new rules mean for retirement outcomes?

The introduction of pension freedoms in April 2015 was accompanied by concerns about the dangers of so much flexibility being offered to pension savers.

Would savers draw too much from pension pots? Would this money be ‘blown’ on extravagant purchases, leaving savers bereft in the later stages of retirement?

As it turns out, the reality of pension freedoms has, for the majority of savers, been a story of responsible and cautious withdrawals.

The latest official figures show, whilst the number of flexible withdrawals from pensions continues to rise, the average amounts taken each time are relatively low.

However, there are still concerns about the retirement outcomes for a large number of pension savers, who might need extra support in order to make better choices.

This is why the financial services regulator, the Financial Conduct Authority (FCA), is consulting on some new measures designed to help as many as 100,000 savers a year from losing out on pension income when they take advantage of pension freedoms.

The regulatory consultation follows earlier concerns expressed by the FCA about savers moving into pension drawdown and making investment decisions within their pension pots that don’t necessarily meet their needs.

As part of the consultation, the FCA is suggesting firms should offer their customers who do not take advice a range of investment solutions designed to broadly meet their objectives. These are known as “investment pathways”.

Smaller pension drawdown providers will have the option to refer savers to another provider or the new Single Financial Guidance Body’s drawdown comparator tool, if they don’t wish to manage investment pathways themselves.

The FCA expects firms to challenge themselves on the level of charges they impose on investment pathways. If the FCA subsequently identifies issues with charges, it may move towards imposing a cap.

They are also proposing that pension investments are not defaulted into cash savings, unless the saver actively chooses this option.

This is important because the buying power of cash is usually eroded over the longer term by rising price inflation. When pension pots are held entirely in cash, any flexible withdrawals are unlikely to be sustainable during the course of a typical retirement.

The FCA is proposing rules that will require firms to give consumers warnings about holding investments in cash and to improve disclosure of charges.

The measures proposed in this consultation are a part of the FCA’s wider pensions strategy, and follow on from their Retirement Outcomes Review report published last summer.

To coincide with this consultation, the FCA is also announcing new rules about the format of “wake up packs” which are sent to pension savers ahead of retirement, and also new rules around the disclosure of charges by pension providers.

The rules for changes to wake up packs were consulted on last summer and include a change to the information pension providers must include in the run up to retirement, how often this information is presented and a ban on the inclusion of marketing materials with a wake up pack.

Changes will also be made to the Key Features Illustration that consumers receive on entering drawdown to ensure the prominence of charges information and consistency in calculation of illustrations.

Christopher Woolard, Executive Director of Strategy and Competition at the FCA said:

The Pension freedoms give consumers more flexibility in how and when they can access their pension savings; but that also means they have to make more complicated choices.

Our Retirement Outcomes Review identified that many consumers are focused only on taking their tax-free cash and take the ‘path of least resistance’ when entering drawdown. This can often mean that the rest of their drawdown pension pot is not invested in a way that meets their needs and intentions.

We found that around one in three consumers who have gone into drawdown recently are unaware of where their money is being invested. This leads to poor consumer outcomes.

Our proposals on investment pathways will help non-advised drawdown consumers select from four relatively simple choices, designed to meet their broad retirement objectives so that they can maximise their income in retirement.

As a result of making these proposed changes, the FCA has calculated it could save pension savers a combined £25 million each year.

The new rules on changes to wake up packs, retirement risk warnings and reminder requirements will come into force on 1st November 2019.

The changes proposed in the consultation are scheduled to come into force on 6th April 2020, with the FCA seeking feedback from stakeholders by 5th April 2019, before they finalise the proposed rules.

The big outstanding challenge around pension freedoms is not people with large pots blowing the lot on a sports car, but is about more inexperienced investors with smaller pots leaving them invested in cash for long periods of time or withdrawing them altogether.

These FCA rules are a sensible response to the risk of savers sleepwalking into seeing their hard-earned savings eroded by sitting in low-return cash investments.

But there is still a problem where people cash out the whole pot and transfer it into a cash ISA or current account. It is clear that reckless caution, not Lamborghinis, is the big outstanding challenge with pension freedoms.

The best way to avoid making unwise investment decisions or unsustainable withdrawals from your pension pot in retirement is to seek professional independent financial advice. 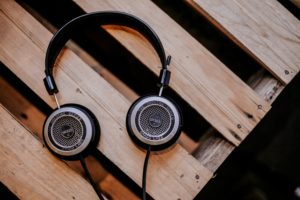 Did you hear these podcast interviews in April?

What a fascinating night. Like many others this morning, I[...] 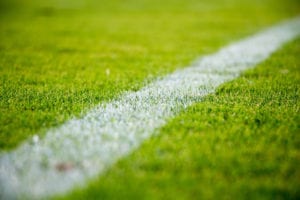 It has been several months now since the football season[...]