Never run out of money in retirement

Of course we could never guarantee such a thing, but this was the title of our second Saturday morning workshop at the Cranleigh Arts Centre.

We explained why money is always something of a balancing act with the choices between spending it, saving it, investing it or giving it away.

What is important to you?

Having enough money means different things to different people and we explored why income, or capital security was important in maintaining the desired lifestyle in the future and protecting our family from financial worries.

Certainly one thing of importance amongst the assembled audience was the desire to pay as little inheritance tax as possible. Another key concern was the funding of care fees for themselves and their spouse with most people understanding this is becoming a real problem.

How do you feel about these?

We debated some of the key challenges faced by the retired person such as low interest rates meaning less income for those who had accumulated cash accounts.

The concern was that in chasing higher returns elsewhere for example by investing in shares we place our hard earned cash at the risk of seeing substantial falls in value.

Many would like to help their children by giving them capital but were worried that they might need those resources for themselves to generate income.

we encouraged everyone to carry out a personal financial audit examining their disposable income, their net worth, the sources of their income and whether they were at their most tax efficient.

Our aim was to get people actively engaged with their financial position.

Our workshop examined what we all meant by the word “risk” and how it was vitally important to consider it in light of the matching word “reward”; you cannot have one without the other.

Our encouragement was to only ever take the degree of investment risk that matched the need for income and if that meant keeping much of their financial resources in cash then that is actually fine.

We discussed the need to have some money available in an emergency basket (we couldn’t decide if basket or bucket was the right expression!) and that might consist of a number of months of disposable income. That short medium and long-term objectives should each have their own baskets (or buckets).

Whilst none of us has a crystal ball, the financial equivalent of it might well be the lifetime cash flow forecast and we encouraged people to consider one of these as they might help to answer the important questions such as “Am I ever going to run out of money?”

So how do we ensure that we never run out of money?

The obvious answer might well be spend less but we also considered transferring assets between spouses, perhaps to pay less tax (tax avoidance is fine we agreed but evasion is absolutely not!!)

We even considered the possibility of downsizing property at a later point in time and investing the equity released to generate extra income.

These included ensuring that your will was up to date and constructed by a Solicitor and that in addition you had a Lasting power of attorney.

In summary we agreed that a review made real sense and that ignoring our financial position was never an option.

Reviewing our preferred funds for 2013 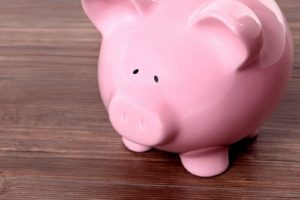 As a Financial Planner with a particular interest in later[...]

Do we need tax relief on pension contributions?

The whole pensions system has become so complex and unwieldy[...]