Nick was joined by Michelle Cracknell from The Pensions Advisory Service and Tom McPhail from Hargreaves Lansdown. The episode was hosted by Paul Lewis.

With only days to go until ‘pension freedom day’ on 6th April, Nick was able to answer listener questions about the new rules and flexibility to access pension funds.

You can listen again to the episode on BBC iPlayer at www.bbc.co.uk/programmes/b05nvjb2.

Michelle Cracknell pointed out that your pension fund is often your biggest or second biggest asset, so people will need to take care not to be taken in my fraudsters who want to get their hands on the money.

Tom McPhail cautioned people to shop around and consider all of the options.

Nick urged listeners to use their pension funds with purpose, not just taking action because you can.

The first caller was Nick from Bristol, who initially got excited about accessing his Stakeholder pension when he reaches his 55th birthday later this month. He received conflicting advice from a number of people and was unsure about what action to take.

Our Nick counseled him to consider whether he needed to take money out of his pension pot, before taking any action. Using his 25% tax-free cash to fund his fallow period during self-employment and then leaving the rest of pension fund available seemed to make the most sense.

Wendy called from Bristol. Her husband has a final salary pension and she has a State pension; income they live on. They also have money invested in stocks and shares, although admitted to being risk averse. She also had a pension pot and asked about the tax consequences, as a non-taxpayer, of withdrawing the money.

Nick answered her question, explaining that the first 25% of the pension pot would be tax-free and she would need to be careful about her withdrawal strategy for the balance, as an emergency tax code could be applied, assuming 1/12th of a personal allowance and basic rate tax band was available. By staggering the withdrawals over a number of tax years, it would be possible to pay less tax overall.

Isobel emailed asking about where to get information about finding the best annuity, if you have a modest pension pot. Michelle explained that the new pension choices do not negate the old pension choices, including annuities. She told Isobel that a regulated financial adviser can often provide advice about the best annuity rate and you end up paying the same as you would by buying direct.

April from Bletchingly asked about the inheritance tax treatment on a pension pot if you die after your 75th birthday, as a result of the new rules. If you die before 75, any pension pot left over is paid free of tax with the whole pension pot passed to your beneficiaries. After age 75, the beneficiaries would pay income tax at their marginal rates.

An email from Mike asked about his three personal pension pot with three different firms. One had enhanced tax-free cash, but the provider does not offer a drawdown facility.

Nick explained that some people historically were able to build up tax-free cash of greater than 25%. He told Mike to avoid doing anything which could result in him losing this higher tax-free cash entitlement.

A related email from Steven, who had two pension pots, asked whether he needed to take 25% tax-free cash from each fund or could take his total tax-free cash entitlement from one, preserving the value from the other. Tom said he could take 25% from each or merge the two before withdrawing cash.

Jane from Carlisle called and asked about her eligibility with a defined benefits (final salary) scheme. Nick explained that she was absolutely right about the new rules applying primarily to defined contribution pension schemes. But you need to be very careful before giving up what can be very valuable benefits.

Robin is 70 years old and was drawing from three pension funds, subject to GAD limits. He asked whether these limits still applied. Nick explained Robin could move into the new flexi-access regime which would remove these limits, but the annual allowance would fall significantly and there could be higher costs involved.

Paul Lewis asked Nick to give listeners an idea of how much financial advice would cost, to which Nick responded typically in the range of £1,200 to £1,500. An alternative would be to call The Pensions Advisory Service, although of course they can only offer guidance, not specific advice.

Mike from Norfolk reaches his 55th birthday in 18 months time and has a pension pot of between £400-500,000. He has a mortgage left of £100,000 and asked about how to make the decision to repay the mortgage with his tax-free cash. Nick said he likes the idea of repaying debt, but his decision would depend on the degree of risk he is prepared to take with his pension pot.

Peter in Hampshire, aged 70, asked about cashing in his annuities, as he might benefit from receiving a lump sum rather than a small income each year. This refers to a recent Budget proposal which is going through consultation, so is not currently possible.

If you have any questions about the new pension freedom rules, the experts here at Informed Choice would be very happy to answer them.

New research from Legal & General Investments has found that[...] 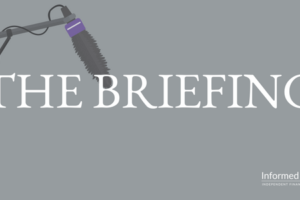 The Briefing on Thursday 2nd August 2018 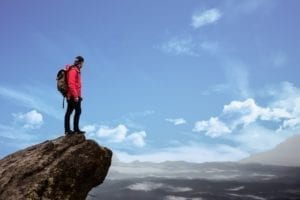