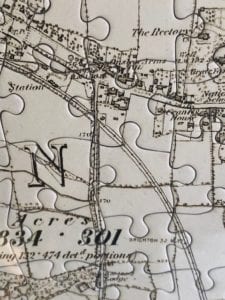 Each week as I walk the disused railway line route for my daily exercise, I see the changes taking place.

The Bluebells have all gone replaced now by lots of other wildflowers, including one of my favourites Red Campion.

What is also noticeable is that the trees are all now entirely in leaf and this is screening the residential properties from sight; both those who have been there for many years and the new builds.

The trees have provided some much-needed shade from some quite strong sunshine in the past few days.

I am also now up to 11 different species of butterfly as well having just added a Green Veined White to the list.

Even though there are fewer people out and about, disappointingly, there is still litter. Why people can’t simply put their rubbish in a bin or take it home with them is beyond me.

Doubly disappointing is dealing with the litter that is left literally within a few feet of a bin.

That is sometimes the fault of the local Crows who have made an art form out of scavenging from the bins. I confess to sometimes blaming this litter on people when it’s the Crows who are at fault!!

On one of my expeditions down the railway line, litter picker and bag in hand, I was walking through a particularly densely wooded area when a Roebuck leapt almost from beneath my feet to jump the nearby wire fence.

I am not sure which of the two of us was most startled. I certainly jumped!

They are lovely creatures and much bigger close up than you might imagine.

I was also startled recently by another encounter.

A few weeks ago, we were told of the death from Covid-19 of a local chap who was very much part of the community. His volunteering efforts on behalf of the community were enormous.

I was upset by the news as I knew him quite well; we were both trustees of a local charity for several years.

One morning as I was out on my walk, I was talking on WhatsApp with my colleague Shelley – she often calls me as I am walking, it’s an excellent opportunity to catch up.

I looked up from my mobile screen and said to Shelley. “I am going to have to call you back because I have just seen a Ghost!!”

The apparition walking towards me was the very gentleman whose death had been reported.

Only it wasn’t a ghost at all; it was him!

It seems there had been a bit of a mix up in reporting and the gentleman who had, very sadly, died was someone else entirely.

The “Ghost” though was quite entertained by my story and as he has a good sense of humour found it quite funny.

These continue to be strange times indeed.

This week in episode 36 of the Informed Choice Podcast,[...] 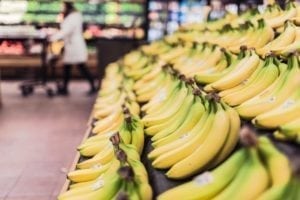 The Chancellor of the Exchequer, George Osborne, will deliver his[...]