Investing in a Post-Normal World

Some odd things happened in the financial world after the Banking Crisis.

Back then, Quantitative Easing was just a bizarre thing that they had tried out in Japan.

Since 2008, Quantitative Easing has been used across the world, and it is evident that, when the next economic challenge came along, QE would be one of the tools governments would turn to.

When coronavirus came along, more QE was launched. The bizarre has become routine.

And in the last few months, the norm in the financial world has been turned on its head a few times.

The concept of negative interest rates (you have to pay someone to lend them money!) has been around for a few years. Still, it does seem incredible that investors will be paying money the UK government for the privilege of lending money to them for the next couple of years.

And, at one point this year, the oil price turned negative; so, if you owned oil at the time, you would have been happy to pay someone to take it off you!

A lot of people have been waiting for things to get back to normal since 2008 (by which they seem to mean interest rates of around 5%).

It’s looking increasingly unlikely that the pre-2008 “normality” will ever return. We may have to get our heads around some strange ideas in the coming years. Some have forecast:

-Negative deposit rates in the UK (if you put your money in a deposit account with a bank, at the end of the year, you will have less money than you started with). The increasing use of electronic money (accelerated by coronavirus) has made this more likely – and if you keep banknotes at home, you can add a health risk to all the other risks now.

-The government is giving you money to spend every month. Maybe not a prediction any more if you have been furloughed or qualify for the Self Employed Support Scheme! But some economists are predicting this could continue beyond furloughing as the government tries to kick-start an ailing economy.

-Some property prices turning negative. There are costs to owning a property (insurance, maintenance, business rates, etc.). Might some properties (e.g. traditional shops and offices) be seen as a liability in the years to come?

Probably the most worrying “abnormal” prediction, but one of the more likely, is that deflation takes hold across the global economy.

Deflation means that the cost of goods and services reduces from year to year.

Governments are terrified of deflation – partly because it means that people spend less on larger items (why buy a car this year when you know it is going to be cheaper next year?) but partly because it slows the economy down, and makes it more difficult for the government to pay the interest due on the money it has borrowed.

Reassurance from your Portfolio

It’s easy to get nervous when the economic world looks like it will turn itself on its head.

But investments remain simple. Your portfolio is based on the assumption that people will want to make money, and that isn’t about to change.

The assets in your portfolio help others to make a return, and you get to share in that return – by receiving a share of the profit through dividends paid by shares, by receiving interest on money have lent, or by receiving rental income on properties the businesses use. That’s not about to change.

When the economy becomes increasingly strange, the components of your portfolio should remain reassuringly familiar. 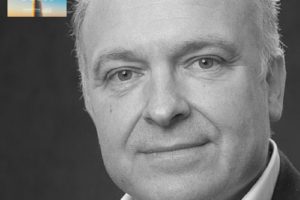 Steady as she goes

The latest price inflation figures show the Consumer Prices Index (CPI) measure of inflation remaining steady at 4.5% for the year to May 2011.