Honestly, I am still working at home!

A couple of people were complimentary about my blog last week, where I explained some of the challenges and distractions of working at home.

They said it gave them a break from their own work and for a while, got them thinking about things other than the current crisis.

So I thought I would update you in terms of the nesting Robins and other short stories of wildlife experiences from my dining room table!

The good news is that the Robins seems to be continuing their breeding season.

Usually, one bird holds tight on the nest while the other one is out hunting for food. They are getting tamer and don’t see me as a threat; probably they are beginning to see me as a food source.

I did get some feedback on social media about the pictures I posted with the suggestion that I had an ulterior motive and was fattening these little birds up as a future food resource, should the crisis get worse! Honest that isn’t the case at all!

I was looking out the window, and I was reminded of a quite strange wildlife experience I had some winters ago.

I was typing away at my laptop when I heard a faint tapping noise on the window. It was dark and cold, but the lights in the house meant I could see onto the outside window sill.

Sitting there, occasionally pecking at the window, was a Great Tit.

This was odd; it was pitch dark outside apart from the light escaping from the dining room. This bird should have been roosting somewhere safe.

I watched for a while and thought perhaps there was something wrong with it. I opened the kitchen door, which led to a small courtyard and approached the bird. Unsurprisingly it flew off into the darkness.

I returned to my seat and thought nothing more until about ten minutes later; the tapping started again. Looking up, I could see the Great Tit had returned and again was tapping away at the window.

I was intrigued because this was, in my view, an unusual occurrence. Up I got again, and outside I went for the same thing to happen again, the bird flew off. More fool me!

A short while later, the bird was back. I could have stayed seated in the warm, but my curiosity wouldn’t let me. This time as I approached the bird on the window sill, it stayed put. I gently picked it up, and it didn’t struggle at all. Taking it into the house, I found a shoebox and put the small bird inside. Closing the lid, I couldn’t help but think that in the morning I might well be burying a tiny corpse.

The following morning I opened the box, and to my surprise, the Great Tit was perfectly fine. I picked it up, took it out into the garden and away it flew.

The word “anthropomorphosis” means to attribute human characteristics to animals. I can’t help but think that in a way the Great Tit was asking for my help on that cold winters evening.

Or perhaps a week of working at home on my own is getting to me!!

This week in episode 47 of the Informed Choice Podcast,[...] 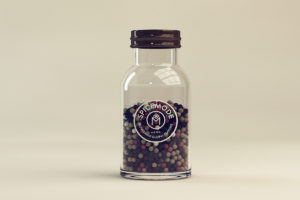 We are pleased to announce that Informed Choice chartered financial[...]

Scottish Widows have today published the latest edition of their[...]