Grandparents are playing an increasingly important role in the education economy, contributing £6.4bn each year towards the private education costs of their grandchildren.

New research by Saga Investment Services found that grandparents are contributing an average of £181 each month towards education costs for their grandchildren.

More than one in three grandparents are contributing now or plan to do so in the future.

These findings are particularly timely as parents across the country receive news about primary school places for their children this week.

One thousand grandparents across the UK were surveyed for the research, which found that almost one in five of those with grandchildren in education are currently contributing towards their grandchildren to the tune of £181 per month.

A further 21% of grandparents expect to contribute towards education expenses in the future.

[tweet_box]Grandparents are contributing £6.4bn a year to the education economy[/tweet_box]

These grandparents are described as ‘Living Legacy Leavers’.

Most appear to be motivated by seeing where their money is going while they are alive and also because it feels like a lasting legacy.

The survey found that grandparents say their main ambitions for their grandchildren are for them to be happy, healthy and to have a good job in the future.

In our experience at Informed Choice, grandparents often want to help meet education costs but are sometimes worried they cannot afford to help.

One of the services we offer our clients who are grandparents is lifetime cash flow forecasting.

This helps paint a picture of the future and gives confidence to make financial gifts today without the fear of running out of money when it is needed later.

We can model the future using cautious assumptions about things like price inflation and investment returns, before considering different scenarios which might include paying some or all of the education expenses for grandchildren.

This approach to financial planning means decisions can be made with greater confidence and the worry about running out of money removed.

With grandparents making such an important contribution towards the education economy already, the ability to carry out detailed financial modelling and gift with confidence fulfils ambitions to give grandchildren the best possible start in life.

Do get in touch to find out more and arrange an initial meeting, which is at our expense and without any obligation. 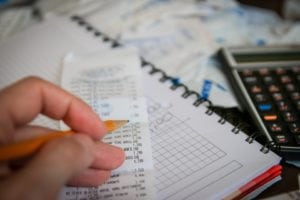 The tax you pay on pension withdrawals should be simple,[...]

In the final blog in a series about the ten[...]

From 6th April 2012, the lifetime allowance for tax privileged[...]