Did you hear these podcast interviews in April?

1st May 2019 Posted by Martin Bamford News, What We're Doing

Last month, we featured conversations with 6 new guests, covering everything from contrarian investing to returning a British farm to nature.

Our first guest interview last month introduced Deborah Hargreaves, former business editor of the Guardian and a founder and director of the High Pay Centre, an independent think-tank that monitors executive pay.

Deborah’s new book is called Are Chief Executives Overpaid?, in which she explains why pay for the top 0.1% has sky-rocketed in the past 20 years.

You can listen to my conversation with Deborah at icradio.co.uk/obscene-top-pay-deborah-hargreaves

In our second interview last month, you might be excused for raising an eyebrow to the episode title.

I spoke with economist and award-winning journalist Allison Schrager, author of a new book called An Economist Walks Into a Brothel.

It’s not the first line of a bad joke, but the title of a new book all about unexpected places to find risk.

Here’s my conversation with Allison – icradio.co.uk/economist-brothel-allison-schrager

I’ve been fascinated with the Financial Independence, Retire Early (FIRE) movement for a long time.

Scott Rieckens is an author, filmmaker and FIRE fanatic, who has written a new book called Playing with FIRE.

It was great to chat with Scott to learn more about this extreme version of Financial Planning – icradio.co.uk/playing-with-fire-scott-rieckens

During my Easter holiday, we featured an interview on the podcast that was a slight departure from our usual topics!

Isabella Tree is award-winning nature and travel journalist, and author of Wilding: The return of nature to a British farm.

This interview came about because Nick went on a butterfly safari at Knepp and often talks to his clients about it. He suggested we approach Issy for a podcast interview and I’m pleased we did.

You can listen to my conversation with Isabella at icradio.co.uk/rewilding-knepp-castle-isabella-tree

I also had the pleasure of speaking to John Stepek, executive editor of MoneyWeek, Britain’s bestselling weekly investment magazine.

John has written a new book called The Sceptical Investor, which pulls together the latest research on behavioural finance, and examples from well-known contrarian investors.

You can listen to our conversation, which includes some interesting thoughts on the mindset needed to be a contrarian investor, at icradio.co.uk/sceptical-investor-john-stepek

Last but not least, I spoke with David Krueger, MD.

His new book is Your New Money Story, where he writes about how each money story line contains unspoken assumptions, emotional agendas, and unconscious meanings.

You can listen to my conversation with David at icradio.co.uk/rewiring-brain-science

Podcasts are a bit like radio shows on demand. You can find Informed Choice Radio anywhere you listen to podcasts.

The most popular podcasting platform is Apple Podcasts, where you can subscribe to Informed Choice Radio at itunes.apple.com/gb/podcast/the-informed-choice-podcast/id941872073?mt=2&ls=1

We also get a lot of podcast listeners who use Stitcher Radio or Overcast.

And of course you can listen to episodes via the Informed Choice Radio website, where you will find a podcast player embedded on each page.

Emma and I are busy at the moment lining up guest interviews for the next few months, and we would love to hear your suggestions for new topics to cover.

Do get in touch using our online contact form, send me a message on Twitter, or become a fan of the Informed Choice Radio Facebook Page. 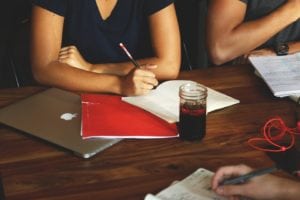 Something special happened in Guildford and Woking yesterday morning, with[...]

The outlook for house prices