The Briefing on Wednesday 21st February 2018

Along with the profits announcement, Lloyds revealed plans to buyback up to £1bn of shares.

Lloyds Banking Group chief executive Antonio Horta Osorio said it had been a “landmark year” for the bank.

Most small and medium size enterprises (SMEs) are paying male employees more than females. According to the latest official figures, nearly three in four smaller firms pay higher wages collectively to men. Only 15% of firms with more than 250 employees pay more to women than men, with 11% claiming no difference between their wage bills between the two genders.

According to BBC analysis of the official figures, there is now an 8.2% gender pay gap across all medium and large sized firms.

Those with the largest gender pay gaps include airlines including Tui and Easyjet, and banks including Virgin Money, Clydesdale and TSB.

New research from Direct Line Life Insurance has found more than 2.2 million parents weren’t present for their birth of one of their children. One in eight male parents in the UK missed the birth of their child.

Seeing the birth of a child, hearing their first words and witnessing their first steps, are moments most parents will remember forever. Although with parents under increasing financial pressure to return to work to support their family, sadly many people are left with no choice but to miss these special moments. 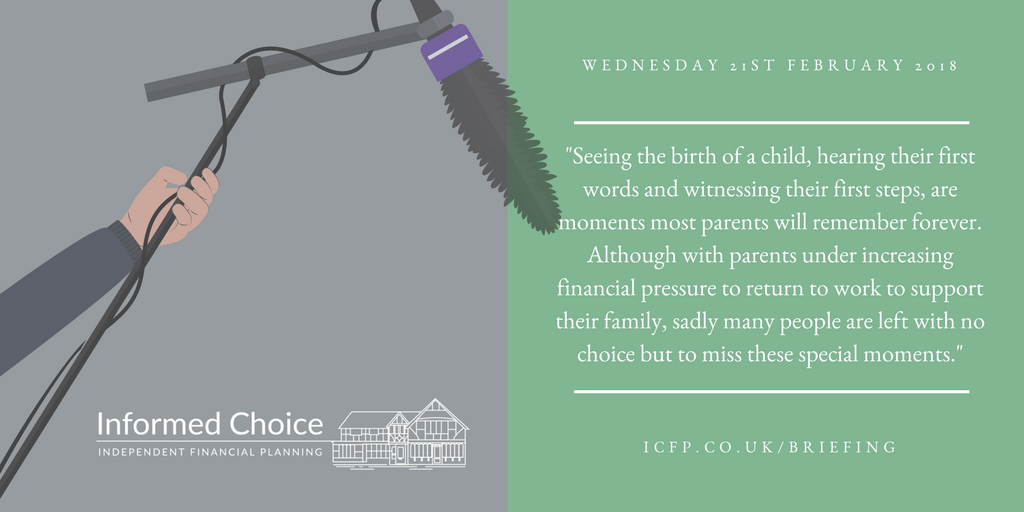 Incoming chairman of the Financial Conduct Authority, Charles Randell, has told MPs that Britain should not force its regulators into trade-offs between market stability and helping London remain a leading global financial centre post-Brexit.

Addressing the Treasury Select Committee, Randell said the FCA’s predecessor, the Financial Services Authority, had floundered after being forced to balance market soundness with maintaining competitiveness.

We ended up with a system called lite-touch, and I am absolutely determined we don’t repeat that mistake

My plea would be that the FCA is allowed a period of stability once it’s achieved that task and breathes out a loud sigh of relief before suggestions are made that major changes in regulatory structure should follow. We need to get this ball over the line.

The cryptocurrency bitcoin has reached a three-week high, nearly doubling from its lowest point earlier this year. Bitcoin reached $10,794 on Tuesday, up almost 100% from its 2017 low, with South Korea’s financial regulator appearing to ease its stance on cryptocurrencies.

New figures published in The Telegraph today show that over[...]

Don’t regret a lack of advice

Research by specialist annuity provider Just Retirement has identified that[...]

We look at the deal announced in Basle that will lead to banks having to hold more of their reserves in cash. Good news for taxpayers and bad news for shareholders?