The Briefing on Monday 12th February 2018

New figures from the Finance & Leasing Association (FLA) show that new business volumes in the point of sale consumer car finance market in 2017 were at a similar level to 2016. The value of new business was up by 6% over the same period.

Commenting on the figures, Geraldine Kilkelly, Head of Research and Chief Economist at the FLA, said:

Trends in the new car finance market in the first half of 2018 are likely to be affected by the pattern of demand over the same period last year, when car purchases were brought forward into the first quarter prior to vehicle excise duty changes introduced in April.

Barclays Bank PLC has been charged by the Serious Fraud Office with the offence of “unlawful financial assistance”. The charge relates to billions of pounds raised from Qatari investors a decade ago. Barclays PLC faced the same charges last June.

Barclays Bank holds the banking licence allowing it to operate in different countries. If found guilty, it could lose this important banking licence.

Barclays took a £12bn loan from Qatar Holdings in 2008, in order to avoid a bailout from the UK government. As part of the deal, it loaned £2.3bn back to Qatar Holdings, which has given rise to the charge of unlawful financial assistance.

The SFO said in a statement the loan was “for the purpose of directly or indirectly acquiring shares in Barclays Plc”.

Responding to the charge, Barclays said:

Barclays PLC and Barclays Bank PLC intend to defend the respective charges brought against them.

Barclays does not expect there to be an impact on its ability to serve its customers and clients as a consequence of the charge having been brought.

New research from M&S Bank has shown that families looking to hit the slopes this February will pay on average £130 more than this time last year.

Families looking to hit the slopes this half-term can make the biggest saving by booking a ski trip to Bansko in Bulgaria, which costs £4,588 for a family or £1,147 per person. Bansko also offers lower food costs, with a meal out costing £9 per person compared to £21 in Meribel, which has the highest costs for eating out compared to the other ski resorts researched.

While holidays are up £120 on average this half term, there is a significant difference between the cheapest and most expensive destinations.

So, whether families are looking to hit the slopes or the sun loungers this half-term, we would encourage them to look at some alternative destinations and not just the more popular resorts to make their holiday budget stretch further.

The more positive picture for vacancy rates over the last quarter is marginal.

The Christmas trading period traditionally sees a boost in temporary lets, as landlords get creative with the flexible use of space to create pop-ups.

If we look beyond the seasonal distortion, the pressures to rationalise and downsize store portfolios are continuing to build as structural and technological change gains momentum. 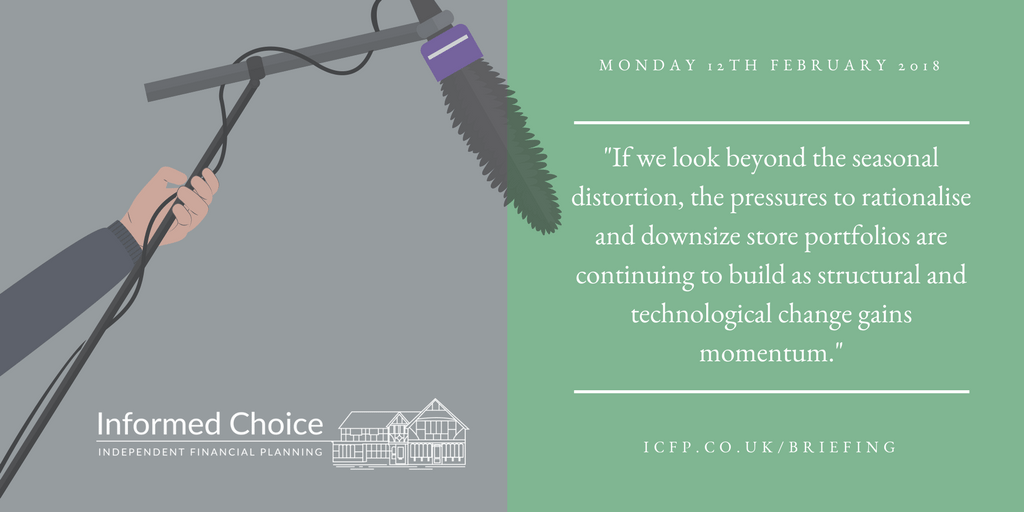 The services sector is expected to boost the UK economy, according to an index tracking major business surveys. Surveys by the Bank of England, Confederation of British Industry and other organisations forecast annualised GDP growth of around 2% based on the first quarter. This is according to new analysis of the surveys by accountancy firm BDO.

BDO’s output index stood at 99.63 in January, up from 98.45 in December. A reading of 100 represents long-term average economic growth.

Economists are forecasting UK economic growth slowing to 1.4% this year, down from the 1.8% experienced in 2017. More recently published surveys suggest more optimism, with the dominant services sector driving growth.

British businesses have made a strong start to 2018 despite the ongoing uncertainty about our nation’s future outside of the EU. However, if the government continues to stall on providing a clear Brexit strategy for businesses, the performance of UK firms will suffer.

We need the government to align quickly and communicate its Brexit plan. It is crucial so that UK businesses can make informed investments to best prepare for the future. 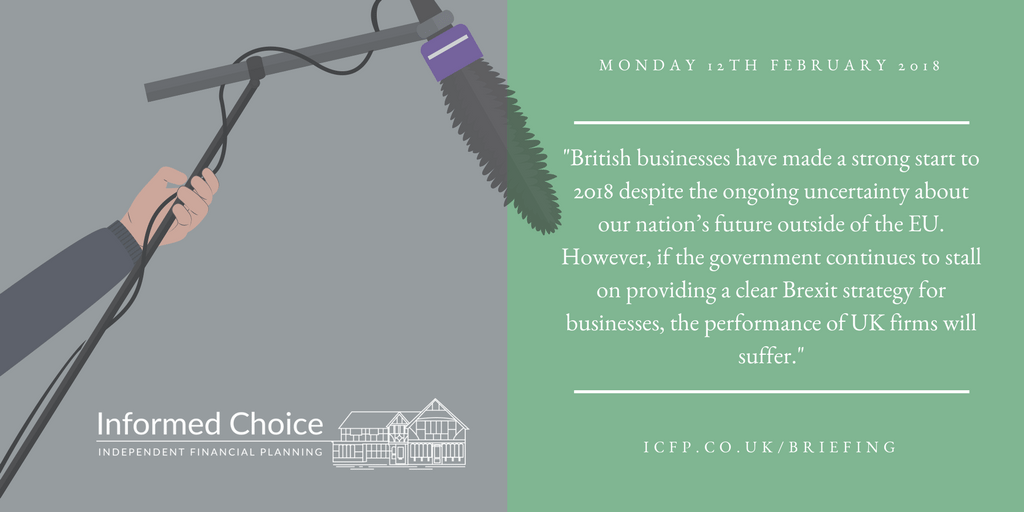