Something rather special is happening over the next twenty years, as Baby Boomers reach retirement age.

This year sees the youngest Baby Boomers celebrating their 50th birthdays, with the oldest at 68 years old.

Those individuals born in the UK between 1946 and 1964 are often considered a very ‘fortunate’ generation. Certainly in terms of wealth, Baby Boomers have experienced a sharp rise in property prices along with rising equity markets and improved living standards.

Some estimates suggest that Baby Boomers control around 80% of the country’s wealth.

But as Baby Boomers reach retirement, even this wealthy generation could struggle to make that wealth last.

Because we are all living on average for longer, wealth has to last much longer in retirement. Low gilt yields are compounding this issue, making it challenging to convert pension funds into sustainable levels of annuity income.

Dividends from investments and interest on cash savings is falling short of what is needed to supplement other sources of income in retirement for the Baby Boomers.

I’m currently filming a feature-length documentary about Financial Planning and the Baby Boomer generation. Boom! will be released in November and features interviews with leading experts in various fields.

Yesterday I spent the afternoon in London, filming interviews about investments and property.

Garry White is Chief Investment Commentator at Charles Stanley Stockbrokers. He is a well known commentator on the investment markets, having spent the past 5 years as share tipster at the Daily and Sunday Telegraph.

I wanted to chat to Garry about the investment and economic impact of the Baby Boomer generation reaching retirement over the next twenty years.

What will this event mean for future generations and are there any themes arising from an ageing population investors can consider today?

I also interviewed Andrew Montlake. Monty is a founding director of Coreco, one of the leading independent mortgage brokers in London and regularly features in the national press.

I spoke to Andrew about how Baby Boomers have benefited from sharp rises in the value of their property since the second world war, whether their forthcoming retirement will precipitate a property crash and how Baby Boomers might best help their adult children onto the property ladder.

Over the coming months I will be interviewing several other high profile commentators on various subjects relating to Baby Boomers reaching retirement.

If there is anything in particular you would like to see covered in the documentary, do let me know. 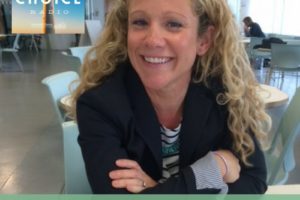 Are you getting what you pay for?

This is the question that all consumers of retail financial[...]

A new report published by Consumer Focus has highlighted serious problems with personal pension switching and the growing trend for advisers to charge trail commission ahead of a commission ban.