It’s been a tough few years for people reaching retirement age and converting their pension fund into an income for life with an annuity.

With record low interest rates and the Bank of England programme of quantitative easing, gilt yields have been pushed artificially low.

Annuity rates have followed them down.

For now at least, annuity rates appear to be on the rise.

According to new research by the annuity provider MGM Advantage, average annuity rates have increased by a record 6% in the third quarter of 2013.

This represents the biggest movement in annuity rates since 2009.

Average annuity rates are up by 12% this year, helping them recover to a two-year high. The average annuity today would pay an additional £6,111 income during retirement compared to a year ago.

The story is not however as simple as it sounds.

The research from MGM Advantage also reveals a massive gulf between the best and worst annuity rates.

Those who qualify for an enhanced annuity rate, as a result of a medical condition or their smoker status, can improve their annuity rate by 38% compared to the worst rates available.

MGM Advantage estimate that around 70% of people at retirement could qualify for an enhanced annuity rate due to health or lifestyle conditions.

Despite this, only 6% of consumers who purchased an annuity without advice in the second quarter of this year purchased an enhanced annuity.

When people reaching retirement took independent financial advice or shopped around, 45% took up an enhanced annuity.

What this goes to show is that advice about retirement income options is invaluable for people reaching retirement. You could be missing out on thousands of pounds worth of income if you fail to seek advice or fail to shop around for a better rate.

Advice at retirement is about much more than simply obtaining the most competitive annuity rate; it is essential to consider the full range of retirement income options alongside annuities, and only then shop around for the right annuity to suit you.

Our team of Financial Planners have a great deal of experience in assisting people who reach retirement with accumulated pension funds and require help in deciding on the most suitable retirement income option.

Do get in touch to arrange an initial meeting which is at our expense and without any obligation. 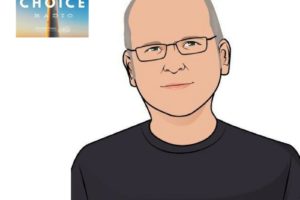 Structured products are complex savings plans that are set for[...]